PrevPreviousIf livestock farming is sustainable in places like the UK, why do so many scientists call for reduced consumption?

Can you explain in more detail how livestock farming can have a positive impact on the environment?

Most of the carbon dioxide (CO2) on Earth is stored in the ocean, the soils and in living or dead plants and animals. Through the process of sequestration, carbon dioxide (CO2) is absorbed from the atmosphere and locked up in the soils or the oceans. As cattle and sheep farming in the UK uses and maintains the countryside we cannot grow crops on, the land they graze provides carbon sequestration.

In short, the grass eaten by cows is made from CO2, so when the methane (CH4) they burp converts to CO2 and water after 10 years, the CO2 goes into the soil to make the grass they eat. It’s a cycle. By managing grasslands effectively, there is potential to increase carbon sequestration and increase carbon stocks in arable lands where it has depleted.

While carbon sequestration would occur without cattle and sheep grazing, their existence allows us to produce food from this land while in harmony with nature.

In the UK, topsoil depletion is so severe that in 2014 the trade magazine Farmers Weekly announced we may have only 100 harvests left. According to the FAO returning livestock to arable land that has poor soil is the only way to halt erosion and rebuild soil. The livestock manure also returns nutrients to the soil.

Only ruminants such as cattle and sheep are able to transform grass and forage land into food for humans such as dairy and meat. In the UK, 60% of farmland is grassland and unsuitable to grow crops on, ruminants offer a sustainable way to produce food from this land. They also enable this land to remain an important habitat for animals and plants, with wildlife and food production coexisting. Ruminants are also able to use the waste from our harvests, such as barley or wheat. They are also able to minimise our food waste through consuming wonky vegetables, bread crusts and brewers grain. They are able to convert all the foodstuffs we can’t eat and convert into something nutritious and tasty.

When managed effectively, upland peatland habitats can be grazed appropriately by livestock and act an effective sink for water, providing flood protection for lower lying areas.

Livestock grazing is crucial for encouraging and maintaining biodiversity. Without maintaining a low level of grazing across grasslands, species-rich grasslands are replaced by taller, wild grasslands with lower species diversity, often as a result of the presence of invasive species. This was demonstrated when agricultural subsidies transitioned to area payments, leaving much grassland unmanaged, and resulting in a sharp decrease in biodiversity. The UK Government has confirmed changes, in the Path to Sustainable Farming, which intends to further promote and reward sustainable farming practices. 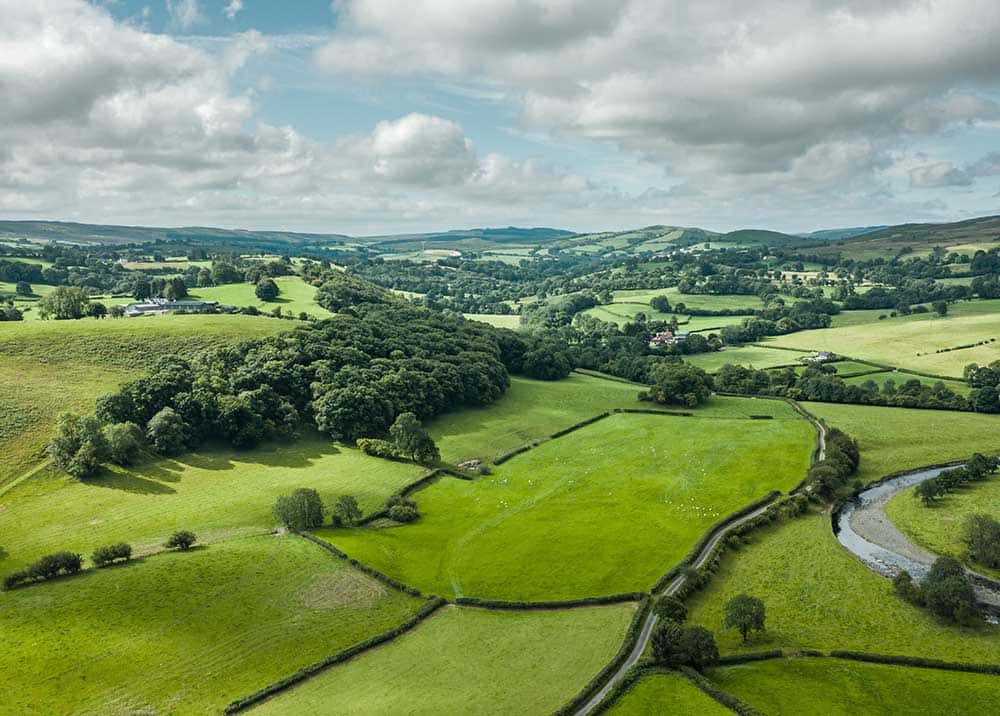