PrevPreviousIs red meat bad for you, or is red meat healthy?
NextHow much red meat can you eat to remain within government guidelines?Next

What is red meat?

Although the term red meat may describe a familiar category of food, there currently isn’t a consistently agreed definition of what types of meat fall within this category. It may be more obvious that meat like beef and lamb are red meat but what about other types of meat like pork, veal, venison and goat? Are processed meats like bacon and corned beef included? And does it matter if there isn’t an agreed definition? Our blog takes a look at what is red meat and why we should know this! 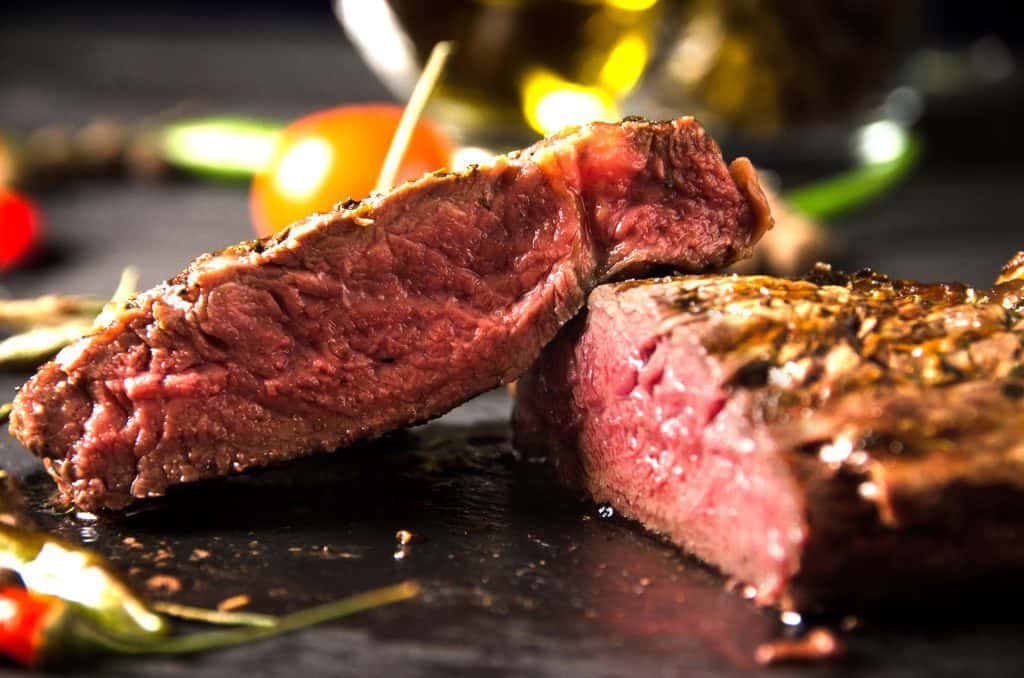 Health organisations and dietary guidelines have varying definitions of red meat but overall, red meat include beef, lamb and pork but exclude poultry and game birds. In the UK, the definition of red meat refers to muscle meat from beef, lamb and mutton, pork (not bacon and ham), veal, venison and goat. Muscle meat includes steak, mince, chops and roasting joints. Definitions of red meat in Australia, Canada and the US are similar but reflect different cultures, with kangaroo included in Australia and non-bird or wild game (e.g. venison, bison, and elk) in Canada and the US. In countries where horse meat is consumed this is also included in the definition.

Processed meat though is in a separate category to red meat. It refers to meat that has been preserved or enhanced by smoking, curing, salting or adding preservatives. This includes sausages, bacon, ham, salami, corned beef and pâtés.

There has been considerable interest in the scientific evidence on the association of eating a lot of red meat and processed meat and health, in particular the association with increased risk of bowel cancer. It is important that we use similar categorisations of meat in such studies so that we can make meaningful interpretations of the science. In addition understanding what types of meat are classified as red meat can help people put dietary advice into practice.

Red meat is included in the UK’s healthy eating model, the Eatwell Guide. It is a source of good quality protein, and provides essential vitamins and minerals in the diet such as B vitamins, iron and zinc. So we can include red meat in our diets, as part of a healthy, balanced diet, but for health reasons, as well as planetary health we should eat within recommended amounts*. We should also think about cuts (going for lean cuts) and cooking methods (e.g. grilling or cooking in small amounts of unsaturated fats like rapeseed or olive oil instead of, for example, frying in lots of fat). And of course we need to think about what else to include in a healthy, balanced diet like plenty of fruit and vegetables, wholegrains, other protein sources like oily fish, poultry, eggs, beans, peas and lentils, low fat dairy/dairy alternatives, as well as lower intake of foods high in free sugars, saturated fat and salt.

*The UK Government recommend that people who eat more than 90g (cooked weight) of red and processed meat per day cut down to 70g or less.

The British Nutrition Foundation has reviewed the accuracy of the scientific content of this page (please note this does not include linked pages) on December 24, 2020.

The British Nutrition Foundation is not a lobbying organisation nor does it endorse any products or engage in food advertising campaigns.